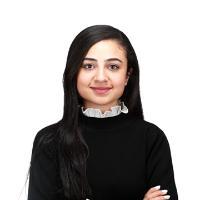 “The Honors Program has given me the chance to tailor my own interests and learn more about myself through the select group of courses offered,” says Dana. “I got the chance to attend great lectures, events and meet inspiring people who changed the course of my life for the better - and for that I will remain so grateful.”

Dana’s post-graduate plans will take her to Boston or Columbia University. 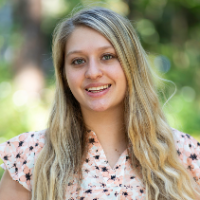 “The Honors Program has been a consistently positive aspect of college,” says Sabrina, who decided to attend UF based on the fantastic resources and opportunities within the program. She notes that one of her most rewarding extra-curricular activities was working as an associate editor for the NCHC research and creative activity journal.

After graduation, Sabrina will intern at the Reporter’s Committee for Freedom of the Press in Washington, D.C. This is her first step toward fulfilling her goal of becoming a media attorney. 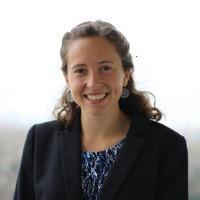 “The Honors Program empowered me to pursue research, community service, rigorous coursework, and leadership positions as an undergraduate; guiding me as I defined a degree combination that highlighted my passions instead of simply looking good on a resume,” says Hannah. “What's more, it introduced me to an incredible group of peers and advisors that have become my closest friends and mentors.  I am forever grateful to be a part of the Honors community.”

Hannah’s next step is graduate school at the University of Florida College of Medicine, where she will pursue a joint MD/Master’s in Public Health. 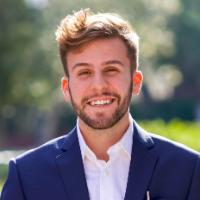 “The Honors Program helped me find a family of like-minded students right at the start of my undergraduate career,” Ros says. “From the friendships I formed in Hume East to the communities I joined through Honors First Year Programming, UF Honors’ support is what inspired me to take full advantage of my time as a Gator.”

Ros’s next step will take him across the country from Gainesville to Los Angeles. There, he will start an MFA in Animation & Digital Arts at the University of Southern California’s School of Cinematic Arts. 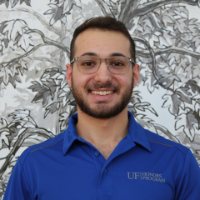 “The Honors Program supports the interdisciplinary explorers of the academic population,” Aaron notes. “It celebrates the weird things that make us all tick.”

After graduation, Aaron will join a kitchen robotics tech startup.

Emma-Louise Austin-Datta graduatedwith a Bachelor’s in Health Science, Summa Cum Laude, and a minor in Public Health. She completed her senior thesis research project on Rasch analysis, a mathematical framework to determine the validity of interprofessional collaboration assessments. Emma-Louise was selected to present her research at the Association of American Medical Colleges 2019 SGEA conference. During her undergraduate degree at the University of Florida, Emma-Louise strived to be a civic leader through service and community engagement. She has served as a Luminary ambassador for the University Honors Program, and worked with the Dean of Students Office as a manager in Newell Hall Learning Commons. As a student manager she lead a team of motivated individuals to cultivate and sustain an inclusive learning environment. Furthermore, Emma-Louise interned with UF Health Street as a Community Health Worker, volunteered to help resettle refugees in Atlanta, Georgia, and was an active citizen through her involvement with Circle K International, LEAP, Mentor Gainesville, the NICU in UF Shands, and GRACE Marketplace. After graduation, Emma-Louise will continue at the University of Florida while completing a Masters degree in Health Administration, and will serve as the Newell Hall Learning Commons Graduate Assistant. She hopes to focus on equity and social justice in healthcare.

Kathryn Clark graduated Phi Beta Kappa from UF in Fall of 2019 with a Dual Degree in Anthropology and Behavioral and Cognitive Neuroscience. During her time at UF she participated in many on campus organizations including the Gator Band, CLAS Ambassadors, the Neuroscience Club, and the UF Carillon Studio. In addition to these commitments, Kathryn contributed to the Honors Office as a student grader for honors essays and by serving as an Honors Luminary. She also spent time off campus at the Alachua County Crisis Center as a Suicide Hotline Phone volunteer and in-person Crisis Interventionist. Kathryn spent her summers studying abroad in Salzburg, Austria and working on campus in the Devine Research Lab. Coming into her final semester, Kathryn completed a senior thesis on the effects of environment impoverishment on mouse models of Autism earning her the distinction of Summa Cum Laude. Kathryn is combining her dual degrees in Neuroscience and Anthropology with her Crisis Intervention training to pursue a consulting career in the field of business performance and leadership.

Anne graduated with a Bachelors in Chemical Engineering and a minor in Biomolecular Engineering.  While at UF, was involved with the Honors Program through Prism, Luminaries, and Honors Admissions. She was also involved with New Student and Family Programs as a Preview Staffer and as a student assistant. During Preview, she worked with incoming students at orientation, and at the National Collegiate Honors Council’s Annual Conference in Seattle, she presented specifically about Honors orientation.  Through other opportunities, both as a peer tutor in the University Writing Studio and as an undergraduate teaching assistant in the Chemical Engineering Unit Operations lab, she has also worked with UF students. In addition, research in Chemical Engineering has been an incredibly impactful component of her education at UF. Her research projects involved vitamin delivery through contact lenses and microfluidic device fabrication.  As part of the University Scholars Program, she has also worked on a research project to concentrate and purify DNA in microfluidic devices. After graduation, she will begin graduate school in the McKetta Department of Chemical Engineering at the University of Texas at Austin.

Megan Jones fraduated with her Bachelors in Psychology with minors in Zoology and Health Disparities. She is an Anderson Scholar and is a Phi Beta Kappa initiate. Megan has been actively involved in the Honors Program throughout her time at UF. She served the Student Honors Organization as Secretary and Vice President during sophomore and junior years, respectively.  As a senior, she represented Honors as a Luminary, working to inspire prospective students to attend UF as Honors Gators. Megan has participated in multiple Partners in the Parks trips, and presented about her experiences in Honors at the 2017 National Collegiate Honors Council annual conference. In addition to her involvement in Honors, Megan participated in undergraduate research.  She has conducted public policy[KK1]  research through the Graham Civic Scholars program, worked as a research assistant in the Language & Cognitive Development Lab, and completed an independent project as part of the University Scholars Program. She was named an American Educational Research Association Undergraduate Fellow and presented at the organization’s annual meeting in Toronto in 2019. Megan will pursue a Master’s degree after graduation and hopes to pursue a career in academia/higher education.

Meryl Kornfield graduated with a bachelor’s in journalism and a minor in Latin American studies. During college, she rose from contributing writer to editor-in-chief of The Independent Florida Alligator, the University of Florida’s award-winning student newspaper. She was also editor of the Honors Program’s magazine, PRISM. She has had bylines in the Associated Press, Miami Herald, Sun Sentinel, Palm Beach Post, The Gainesville Sun and more. This summer, she will be an investigative reporting intern in Washington, D.C., assisting major newsrooms including the Washington Post and NPR with their large investigative projects.

Chris Bell graduated from UF in 2018 as a triple-major in Political Science, History, and Spanish and a certificate in Public Affairs. During his time at UF, Chris has been involved in the Student Honors Organization, the Campus Diplomats, the College of Liberal Arts and Sciences Executive Board, the Student Honors Advisory Board, Prism, UF Model United Nations, and— his most fun commitment— serving on H-Camp staff for a few years. Chris studied abroad in Sevilla, Spain after his freshman year, and he spent his remaining two summers interning in Washington D.C.

Jonathan Newman is graduated with a Bachelors in Telecommunication-Production. During his time at the University of Florida, Jonathan was involved with the Honors Program as a Director for H-Camp, welcoming and integrating over 350 first-year honors students into the program. He was also a Student Assistant in the Honors Office, where he worked with current and prospective Honors students and their families. During his third year in the program, Jonathan was selected to represent UF Honors at a National Collegiate Honors Conference in Seattle, Washington, where he presented on the importance of programs that effectively transition first-year students into a college honors atmosphere. Outside of the Honors Program, Jonathan worked with the Freshman Leadership Council, and served the Florida Cicerones as Programming Vice President and, during his final year, President. After graduation, Jonathan moved to Los Angeles, California to work as a Production Intern for Propagate Content. His hope is to use film as an educational tool to bridge gaps between communities, advocate for social justice, and strengthen our society’s understanding of the world as we know it.

Meggie Pires-Fernandes graduted with her BS in Biomedical Engineering. While at UF, Meggie was involved with H-Camp, Honors Ambassadors, Phi Sigma Pi National Honor Fraternity, BME Student Advancement Council, and BME Student Association for the Support of Science. Through Honors, Meggie was able to develop and fine-tune her leadership skills. She served as a small group leader, then as an executive board member, and finally as director for H-Camp. These experiences allowed her to be challenged and shaped her into the leader she is today. In addition to her extracurricular involvement, she also participated in undergraduate research with focuses on osteoarthritis at UF and robotic gait assistance at the University of Delaware. After graduation, entered an engineering rotational program at a medical device company with plans to attend graduate school in the future.

Rebekah Schwartz graduted with her Bachelors in Public Health with double minors in Health Disparities and International Development & Humanitarian Assistance. While at UF, Rebekah was involved with the Honors Ambassadors and Project Makeover and served as Vice President of Programs for the Student Honors Organization and the Programming Vice President for the Florida Cicerones. Last year, Rebekah was chosen to represent the UF Honors Program at the National Collegiate Honors Council in Seattle, Washington. Over her time at the University of Florida, she has completed three internships at the Emerging Pathogens Institute, New York City Department of Health and Mental Hygiene, and the Alachua County Health Department. For her first three years at UF, she has completed research at the Department of Veterans Affairs on improving access to care for rural Veterans. This year, Rebekah was selected to be a University Scholar and received funding to complete a project in the Dominican Republic on Public Health messaging. After graduation, she attended Emory University’s Rollins School in Public Health to pursue her Masters in Public Health in Behavioral Sciences and Health Education.

Back to Top
University of Florida